To hear Official Washington tell it, Indiana Gov. Mitch Daniels is the new “serious” Republican presidential contender. He’s praised as a “fiscal conservative” who isn’t obsessed with the Right’s divisive social agenda nor marred by the crazy “birther” conspiracy theories.

Mentioned only in passing is a key fact that – in a saner world – would disqualify him from holding any government office: Mitch Daniels was President George W. Bush’s original budget director in 2001.

In other words, the “fiscal conservative” Daniels oversaw the federal budget as it was making its precipitous dive from a $236 billion surplus – then on a trajectory to eliminate the entire federal debt in a decade – to a $400 billion deficit by the time he left in June 2003.

Editor's note: this page will be updated Link - GOP Governors


Gov. Mitch Daniels said Thursday he will support a "right-to-work" measure in his final legislative session as governor

Daniels plans to spend Wednesday and part of Thursday at the 2011 Republican Governors Association meeting in Orlando. His office said Tuesday he plans to talk about lessons from his seven years in office and public-private partnerships.

Daniels' policies have frequently been emulated by other Republican governors including Wisconsin' Scott Walker and Ohio's John Kasich.


Indiana Race On One of the highest profile governor’s races in the country in 2012 will take place in Indiana where Governor Mitch Daniels(R) is leaving office after two terms.
Congressman Mike Pence(R) is expected to face former House Speaker John Gregg(D) in a contest that should attract national attention from a Washington based press corps familiar with [...]


http://www.ibj.com/...
November 30, 2011
The Republican Governors Association has named Indiana's Mitch Daniels the policy chairman of its public policy committee.
Daniels' policies have frequently been emulated by other Republican governors including Wisconsin' Scott Walker and Ohio's John Kasich. He says that with 29 Republican governors across the nation now, the group decided to have a "more prominent voice on national issues."


Daniels also says the policy committee will begin a program of what he calls "innovation matchmaking" to allow Republican governors to learn from each other.

Video - The Economy in less than two minutes 15 seconds Link

Video Link - Who Will Stand Up  - Uncle Sam Needs You


Missing Element Analysis - Projection, Overcompensation
Key Concept - Link
A celestial object that happens to be the one missing element of a horoscope, is called a 'Singleton' and can funnel all of the energy of the chart.  It is often the most important feature in the horoscope. The singleton attracts considerable polarization one way or the other.

The missing function (singleton) expresses as a 'projection' to the degree that the natal individual disavows their unconscious, unresolved inner conflicts.

Bancroft Davis, as Supreme Court reporter, set the stage for the Roberts court's 2010 passage of Citizens United v. Federal Election Commission. It is the ultimate in predatory capitalistic law because there is no mistake and no pretense as to 5-justice majority's intent.

In his role as Court Reporter for the U.S. Supreme Court in 1886, Bancroft Davis  took it upon himself to include the following in his headnote (reporter's short summary of the court's opinion), on the ruling in matter of Santa Clara County v. Southern Pacific Railroad: "The court does not wish to hear argument on the question whether the provision in the Fourteenth Amendment to the Constitution, which forbids a State to deny to any person within its jurisdiction the equal protection of the laws, applies to these corporations. We are all of the opinion that it does."

After the Civil War ended the 13th Constitutional Amendment abolishing slavery was passed in December 1865. The 14 amendment (ensuring that all former slaves were granted automatic U.S. citizenship, and be accorded all the rights and privileges granted under the law) passed 7 months later on July 13, 1866 -- or 33 days after U.S. corporations had already been granted those full rights and privileges in the Santa Clara case.

The Ascendant is 28 Pisces: it's here that we meet Bancroft Davis and the fixed star Scheat. Bancroft Davis, natal Pluto conjoins the Citizen's United ascendant.
Posted by Astrology Email at 1:27 PM No comments:
Email ThisBlogThis!Share to TwitterShare to FacebookShare to Pinterest

Posted by Astrology Email at 12:34 PM No comments:
Email ThisBlogThis!Share to TwitterShare to FacebookShare to Pinterest

Posted by Astrology Email at 12:27 PM No comments:
Email ThisBlogThis!Share to TwitterShare to FacebookShare to Pinterest

An ellipse has two focal points, and the other focal point, not occupied by the Earth has been called the Dark Moon, the Black Moon or Lilith.

Perhaps the most subtle and intriguing of the three Liliths, Black Moon is not a physical body but an abstract, geometrical point, like the Ascendant or the Vertex. Because the Moon's path around the Earth is elliptical, as opposed to circular, it has two foci, or centers, the Earth being one and Black Moon Lilith the other. We can also describe this point as the apogee of the Moon's orbit - the place where it is farthest from Earth.
The center of gravity between the Earth and Moon is inside the Earth. As part of the Earth-Moon system, Black Moon is a point or energetic vortex intimately bound to the center of the Earth. Within this context, Lilith is a twin to the core energy of the Earth, the deep heart of fire that feeds and sustains our bodies and the body of the Earth. The creative vitality of the Sun gives life to the Earth and fuels this central core fire.
As a centerpoint of the Moon's orbit, Black Moon Lilith works in relationship with the Earth-Moon system and with the Sun. As a second center of reference, she gives a sense of rhythm to the Earth, taking the dynamics of relationship beyond the personal Moon-Venus energies into more subtle dimensions that are essential to our lives. For this reason Black Moon Lilith has a strong impact on relationship dynamics. Representing the closest reach of the Moon to the Sun, she is also a reference point in our personal lives that brings us into relationship with the heart of our Sun-fueled experience on Earth, an emotional intelligence informed by the wisdom of earthy instinct.
Since our culture has lost - even rejected, as Lilith was rejected - this kind of natural wisdom, it is more difficult to tap into and trust it. Relationships that carry the Lilith energy are initiatory, soul-to-soul meetings that open into a deeper center where personal and impersonal experience merge. Can we trust this energy that is unraveling our edges, tapping into such a deep well? Can we trust ourselves?
The Black Moon point is where we are lured into our more self-centered illusions for the purpose of purging negative desires, thereby leading us to the deeper truth within our hearts, the longings and yearnings of our souls. She insists that we feel through, let go, and surrender to something essential and transparent in us that is primary - the bedrock beneath the shifting sands, the passion of the soul. http://www.astro.com/astrology/in_lilith_e.htm 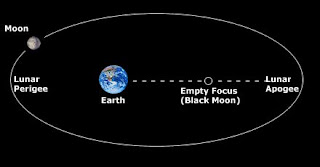 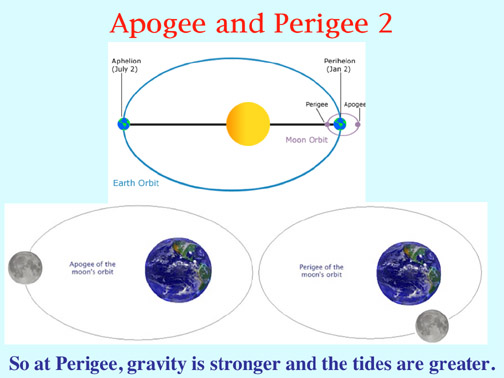 Astrologically there are three Liliths and you need three different ephemerides to find them. The Three Liliths Link


Harbingers Of The Modern World An astrological treatise on the asteroids  Hidalgo, Pandora, and  Lilith, authored by Mark Andrew Holmes

Fixed Stars appear to be stationary, relative to the Earth and to each other, and are grouped into symbolic patterns called constellations (although they do travel due to precession at a rate of less than one minute per year, so needing some seventy-two years to move slightly more than one degree of arc).

The Earth's equatorial bulge, coupled with the obliquity* of the ecliptic, allow the Sun and the Moon to exert forces on the Earth which produce a torque about its center of mass. This torque causes the Earth's axis to precess with respect to the celestial sphere.

*obliquity (deviation from perpendicularity; divergence, as the obliquity of the ecliptic to the equator)
Posted by Astrology Email at 12:19 PM No comments:
Email ThisBlogThis!Share to TwitterShare to FacebookShare to Pinterest
Home
Subscribe to: Posts (Atom)